by Lucas Gillan's Many Blessings 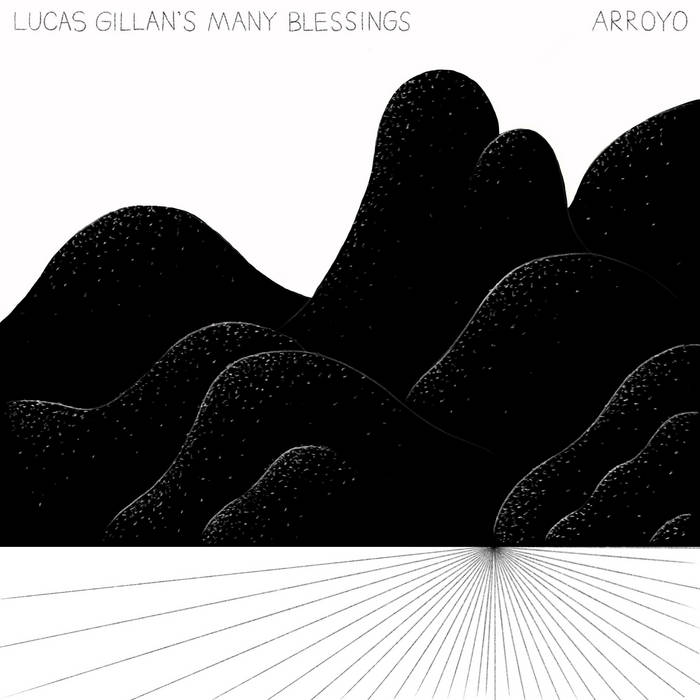 An arroyo is a river in the desert that stays dry for most of its existence, running with water on the rare occasion of a strong rain. They were a curious part of the landscape in my hometown, Tucson, AZ. Arroyos only serve their purpose for a handful of days out of the year, waiting until their time comes to fill with water and, subsequently, signs of life.

Many Blessings began just over a decade ago, a tributary for my ideas about jazz composition and improvisation. Like the sporadic arroyo, when the band is running, it has filled me, and I hope our audiences, with life. Now, 10 years after our first gathering as Lucas Gillan’s Many Blessings, comes a record of what we do. Some songs are very old (“Neptune Morning” was written during my freshman year of college, in 2005), and some are relatively new (“Trudge” was written a few months before the recording sessions).

During the last 10 years, I have been immensely grateful to the musicians who have brought my musical ideas to life. The current lineup of Quentin, Jim and Dan is the perfect ensemble to realize my music. This is why it was time to release it into the world.

We hope this music fills you with a lasting, rushing river of life.

Arroyo is the debut album by Lucas Gillan's Many Blessings, a modern jazz quartet from Chicago. The record's nine original pieces showcase the drummer/bandleader's distinctive compositional style, which is grounded in the jazz tradition, but also incorporates off-kilter grooves, extended forms, lyrical melodies, and a rock energy informed by Gillan's youth playing in punk bands.

Initially inspired by the influential "chordless" jazz groups led by Ornette Coleman and Gerry Mulligan, Gillan founded Many Blessings while still an undergraduate jazz student at Northern Illinois University (with then-classmate Marquis Hill on trumpet). Over the past decade, the band has undergone a few lineup changes, continuously added new music to its repertoire, and played a lot of gigs around Chicago, at venues including the Green Mill, Constellation, the Jazz Record Art Collective, Elastic Arts and the Whistler. During that time, the band has developed a unique group dynamic that can execute tightly-knit grooves, engage in wide-open improvisation, and explore everything in between.

Originally from Tucson, AZ, Lucas Gillan is an in-demand jazz drummer on the Chicago scene, having performed at Andy's Jazz Club, The Logan Center for the Arts, the Jazz Showcase, and many other venues. He is also a member of the soul/pop group The Right Now (www.therightnow.com), along with Many Blessings saxophonist Jim Schram. He has also performed sporadically as a singer-songwriter, with solo shows at Chicago's Uncommon Ground and the Hideout. In addition to his lifelong study of jazz, Gillan's experiences in the worlds of R&B and indie rock inform his composing and drumming for Many Blessings.

All Songs composed by Lucas Gillan, Music that Makes You Notice Birds and Trees and Rivers (ASCAP)

Bandcamp Daily  your guide to the world of Bandcamp